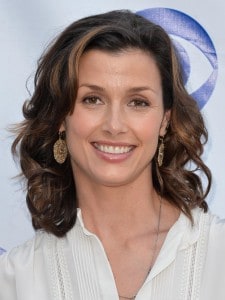 Kathryn Bridget Moynahan (born April 28, 1970[1]), known as Bridget Moynahan, is an American model and actress. Moynahan graduated from Longmeadow High School in 1989 and began pursuing a career in modeling. She appeared in department store catalogs and magazines, and, after doing television commercials, she began taking acting lessons. Moynahan made her television debut in a guest appearance in the comedy series Sex and the City in 1999, where she would later have a recurring role as the character Natasha.

She made her feature film debut in Coyote Ugly. She was then cast in a supporting role in Serendipity (2001). Moynahan was also featured in the action film The Sum of All Fears (2002), spy thriller The Recruit (2003), the science-fiction movie I, Robot (2004), and the political thriller Lord of War (2005). She starred in the ABC television series Six Degrees, which premiered in September 2006 but was canceled after one season. Moynahan completed work in Elizabeth Allen’s Ramona and Beezus, which was released in July 2010, and has starred in the CBS drama Blue Bloods since September 2010.

Melissa Camire: Only seen Moynihan in Coyote Ugly and my god was she hot!

Elfrieda Carroll: Plays the same character all the time from what I’ve seen.

Alvean Jones (tv Presenter): Good looking woman, but not sure if I’ve seen her films)