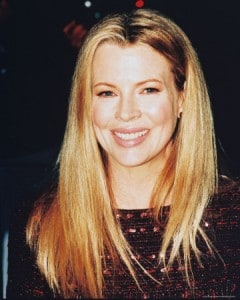 In 1997, she won an Academy Award for Best Supporting Actress for her performance in L.A. Confidential.

Joanne Delargy: I don’t like any of them but I love 1940s actresses.

Melissa Camire: Loved Basinger in the natural as well as Batman but haven’t really seen many of her other work.

Elfrieda Carroll: She’s always a bit wooden to me.

Alvean Jones (tv presenter): Kim Basinger was an A list actress back in her day, but now? I wonder if many people under the age of 25 would know her.