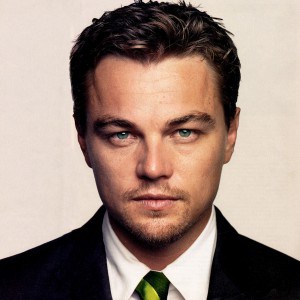 DiCaprio started his career by appearing in television commercials prior to landing recurring roles in TV series such as the soap opera Santa Barbara and the sitcom Growing Pains in the early 1990s. He made his film debut in the comedic sci-fi horror film Critters 3 (1991) and received first notable critical praise for his performance in This Boy’s Life (1993). DiCaprio obtained recognition for his subsequent work in supporting roles in What’s Eating Gilbert Grape (1993) and Marvin’s Room (1996), as well as leading roles in The Basketball Diaries (1995) and Romeo + Juliet (1996), before achieving international fame in James Cameron’s Titanic (1997).

Since the 2000s, DiCaprio has been nominated for awards for his work in such films as Catch Me If You Can (2002), Gangs of New York (2002), The Aviator (2004), Blood Diamond (2006), The Departed (2006), Revolutionary Road (2008), Django Unchained (2012) and The Wolf of Wall Street (2013). His films Shutter Island (2010) and Inception (2010) rank among the biggest commercial successes of his career. DiCaprio owns a production company named Appian Way Productions, whose productions include the films Gardener of Eden (2007) and Orphan (2009). A committed environmentalist, DiCaprio has received praise from environmental groups for his activism.

Daniel Wymbs: Most are great but Leonardo? I like the Beach & & ..

Ferdia McAnna (writer): Leonardo is a fine actor and managed to overcome his initial vocation as a hamster

Stuart Dunne (actor): De Niro, DiCaprio, Cage, Crowe, Washington, they would give me some thing to think of, and their interpretation of there roles

Michael Doherty (RTE Guide): Great as a kid (Gilbert Grape, etc); erratic since, as he struggled to shake off his Titanic image; but his performance in Gatsby returns him to the top.

Film fan: The promise of his early performances has been slow to materialise. Sometimes a little forced in latter day roles but always charismatic.