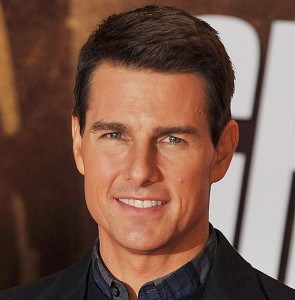 Tom Cruise (born Thomas Cruise Mapother IV; July 3, 1962), is an American film actor and producer. He has been nominated for three Academy Awards and has won three Golden Globe Awards. He started his career at age 19 in the 1981 film Endless Love. After portraying supporting roles in Taps (1981) and The Outsiders (1983), his first leading role was in Risky Business, released in August 1983. Cruise became a full-fledged movie star after starring in Top Gun (1986). He is well known for his role as secret agent Ethan Hunt in the Mission: Impossible film series between 1996 and 2011.

Cruise is known for his support for the Church of Scientology and its affiliated social programs.

Daniel Wymbs: Most are excellent.

Michael Doherty (RTE Guide): Never a top actor but definitely under-rated. A great agent and a keen filter has kept Cruise in leading roles for decades.

David Heap (actor): Tom Cruise could have been very good.

Elfrieda Carroll: Underneath it all he’s a great actor but too much hype.

Film fan: former matinee idol has struggled to broaden or deepen his range. Difficult to take seriously, unless you are a producer – in which case he can still deliver box office kerching. Like it or not, he is probably the global face of Hollywood stardom.